Looking for a gift book, beach read or a book for your children to add to their summer reading list?

I'm offering a Summer Special on my horse books:

Buy Two, Get One Free!

All books will be signed to designated names and must be shipped to same address. However, they can be signed to more than one name.

E-mail me your name, address, phone and who to sign them to, and snail mail a $34.90 check (made to Sharon Miner) with the same info to:

I'll confirm the order after I receive your message and check before shipping the books.


Or, if you prefer to order from Amazon (where some of my books can also be purchased as used from sellers) visit to see all six of my books:

Happy Reading!
Posted by Sharon Miner at 1:41 PM No comments: 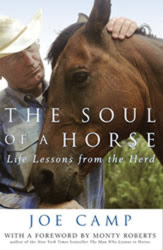 Posted by Sharon Miner at 12:37 PM No comments: