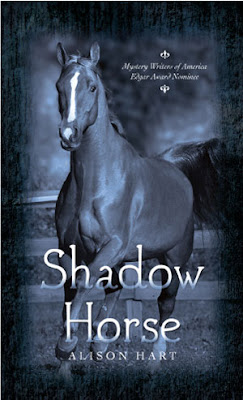 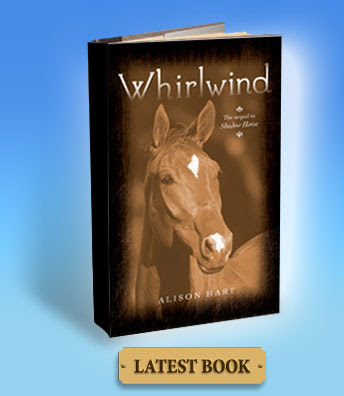 Shadow Horse and Whirlwind are written by Alison Hart, a rider from Virginia.

These two books are addictive reads! In fact, they really are one story - since I wouldn't want to read one without the other.

Teenager, Jas, is a horse crazy girl, but unlike others (in stories or real life) she becomes a foster child when her grandfather ( and only family) is rushed to the hospital and she assaults Hugh, a rich stable owner. In order to prove to the court that she can be released from the system, Jas has many lessons to learn besides on horseback - controlling her temper, making goals and trusting others.

The author weaves these inner conflicts with Jas external goal - to prove that Hugh has killed horses for the insurance money.

As Jas befriends a teenage boy, Chase, and others at the home of her foster parent, Miss Hahn, she also learns that not all stables or horse owners are alike.

I really like how the author describes the differences as well as the other realistic equine background - a horse auction, horse insurance scams and equine rescue fundraising.

With help from her new friends, Jas reaches her goals.

My only letdown was the lack of a final scene between Jas and Chase - maybe there is another book in the future? 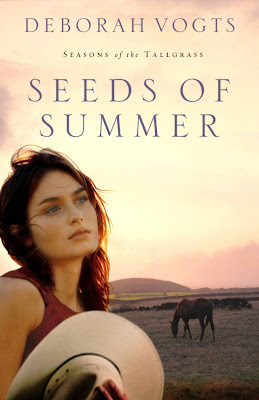 Deborah Vogts has another wonderful Christian romance novel out set in the Flint Hills of Kansas.

Seeds of Summer features Natalie Adams, a former Rodeo Queen, who has to give up college plans to care for her family and property after her father dies. Her two half siblings - a teenage girl and young boy - help her with the large ranch, but also give her trouble. She struggles to maintain the business, mother her siblings and find peace with herself and the memory of her father.

Jared Logan is a newly ordained minister who has moved to her country town longing to relive his fond childhood memories on his grandfather's farm while following God's word.

When the two meet, misconceptions abound causing conflicts. In the end, they help each other find their destinies.

Deborah writes realistic fiction from the endearing characters to the colorful setting. And I love how she weaves in all the animals so that you can easily picture the ranch.

My favorite plot twist has to do with Natalie's father and his secret - I won't spoil the surprise!

This is the second book of the Seasons of the Tallgrass series.

To learn more about the author and her books, visit http://deborahvogts.com.
Posted by Sharon Miner at 7:45 PM 3 comments: 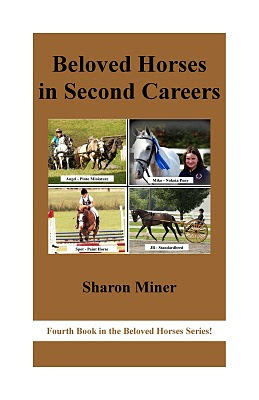 The contest result to select a horse for the cover of my next Beloved Horses book is shown above - all four will be included!

More than 300 voted in this Book Cover Contest, and Anne Callahn suggested that all four be featured. The production team agreed since it was a really close race.

Delia Pacheco was the winner in the drawing for a free copy of the book. Anne will receive one too.

Thanks for all the votes.

The book will be released in September, with pre-release orders taken starting now with a 20% discount off the $14.95 ($11.96) and FREE shipping.

E-mail me your order at sharonminer@yahoo.com