Great Horse Breeds of the World 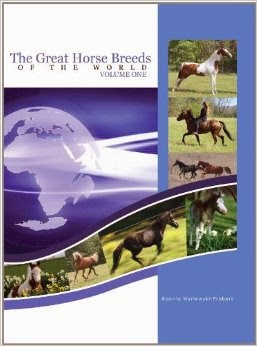 Great Horse Breeds of the World by Bonnie Marlewski-Probert is an informative resource full of lovely photos and descriptions. It includes well known equine breeds as well as rare or newly developed ones. This is a hardcover, 108 page Volume I, so other breeds are to follow. The American Quarter Horse and Thoroughbred were not included in this issue.

There are also pages on Tips for Selecting a Horse, the American Association of Riding Schools and Contacts for breeds.

A lovely gift for all ages of horse lovers!

Quincy and Buck by Camille Matthews 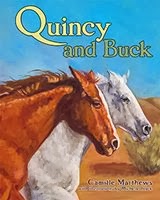 Camille Matthews has her latest Quincy the Horse book ready for release on March 15th. Quincy and Buck is an entertaining story about a brave horse named Quincy that will entertain and educate young riders.

Set in the southwest, Quincy is worried about going out on  a trail ride. He's afraid of all the strange things that he may meet. But his buddy Beau advises him that he must face his fears or he'll never be a brave horse.

One day, he gets his chance to take a trail ride, following an experienced trail horse named Buck. The adventures on this trail ride teach Quincy valuable lessons, and the reader will learn them as well.

Not only is the story wonderful, but also the illustrations in this hardcover book. All three Quincy books will also be released as e-books.

Kobi: Memoirs of a Mustang by Heather Hamel 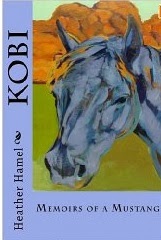 Kobi: Memoirs of a Mustang is a chapter book for middle grade horse lovers through adults, a la Black Beauty first person viewpoint. The author, Heather Hamel, explains at the end that this story is based on the real life and times of a Mustang named Kobi from birth through life to his forever home.

The realistic details of wild mustangs, the round up and adoptions are educational. Kobi learns that not all humans are bad, but some are better than others. And that goes for other horses, too!

The author describes the black colt's training and the variety of stables he was kept and how differently they cared for the horses. The reader learns about Kobi's insights and reactions to different situations including horse shows.

This book is available on Amazon in print and for the Kindle.
Posted by Sharon Miner at 4:39 PM 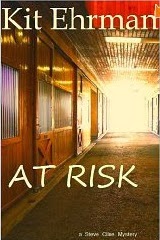