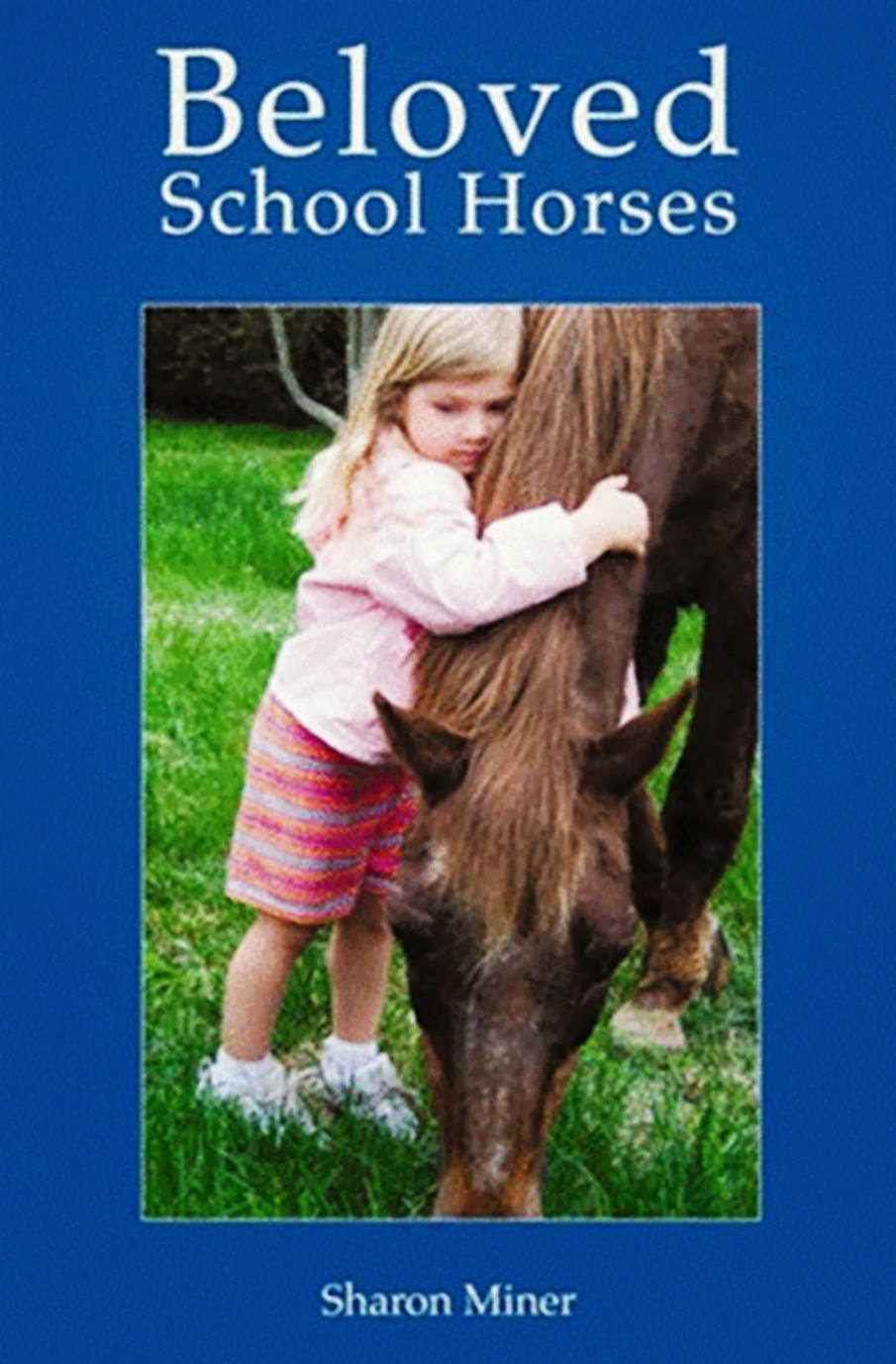 It's hard to believe that it's been ten years since my first horse book, Beloved School Horses, was released. Well, it will be ten years this fall, but the production process began in the beginning of the previous year with Kent Brown of Boyd's Mill Press in Honesdale, PA requesting sample stories.

I had met Kent while living in Honesdale and he had a conversation with me in his office one day. He said he had a demand for horse stories, especially from little girls. He knew I ran a local stable and was also the Riding Director at the summer camp, Lake Bryn Mawr. So the idea formed but the writing process for a collection of true short stories didn't begin until I had closed the stable in 2000. I decided then that I wanted to share the special memories of my horses and ponies from the past 25 years and the amazing bonds with my riding students. When I had a handful of stories ready, beginning with my Morgan, Windfield Farewell, I submitted them to Kent early in 2003. He was very interested until he realized another staff editor had signed on with an equine author with a similar book project. But Kent told me to pursue getting my book published.

Enter Infinity Publishing. Located just outside of Philadelphia, I attended their yearly Writing Conference in the fall of 2003 and learned about writing and marketing as well as Print On Demand (POD), a form of self-publishing. At the time I was moving around alot, working at seasonal positions at stables so I really liked that I didn't have to purchase several thousand copies of my book. I was a fulltime RVer with my husband, Bob, and had no room to store that many! I paid a reasonable set-up fee and then ordered 100 to start. As they sold, I would then order 20 or more at a time with free shipping.

I loved that I had total control of the final product: content, layout, cover and even price. My son, a graphic designer, helped me with the cover and I took the photo of Farewell with the help of a friend's daughter at the stable. I began putting the book together in January 2004 and worked on it through the summer, including revising and requesting pre-publishing reviews. It was released in the fall just in time for the holidays. If I had signed on with Boyd's Mill Press it would have been two or three years before it's release! Timing is another advantage to POD.

As I traveled and marketed Beloved School Horses and my first novel, The Delmarva Conspiracy, at equine events and tack shop I met other horse lovers who told me they had a great horse story - and so the series was born!

There are now five Beloved Horses books available in print from me or Amazon and e-books for only $2.99 on Amazon and Barnes & Noble.

All are illustrated collections of true short stories (about 20-25 stories in each) that will amaze, amuse and inspire the reader, from five years old through adults. No sad stories!

Visit my website to learn more: http://SharonMiner.com.
Posted by Sharon Miner at 4:35 PM